Our team is always ready to deliver our products as a bulk right to your doorstep.

Main Distributed and Marketed in Canada

Differences between Ceylon and Cassia Cinnamon.

cinnamon is a very popular spice. Not only is it delicious, its many health benefits are also impressive. Cinnamon is cheap and widely available in most supermarkets.

At least, one type is. Most people don’t realize there are actually two main types of this spice. There are Ceylon Cinnamon and Cassia Cinnamon. Both of them are healthy, but Cassia Cinnamon contains a toxin that is harmful if eat too much of it. 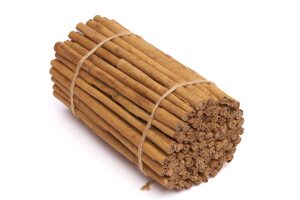 Cinnamon is a spice created from the inner bark of the Cinnamomum tree. Strips of the inner bark are dried until they curl into rolls known as cinnamon sticks or quills. These can then be ground into powder or made into an extract. The unique properties of this spice come from its essential oils and compounds, particularly cinnamaldehyde. This compound gives cinnamon its flavor and aroma, and is also responsible for many of its health benefits. 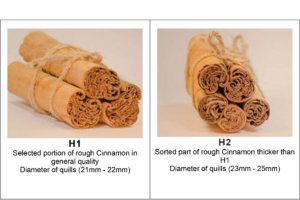 Cassia Contains Coumarin, Which Can Be Toxic

Coumarin is a compound found naturally in several plant species. It can be harmful in large doses. In rodents, coumarin is known to cause kidney, liver and lung damage. It may even cause cancer. In humans, there are isolated incidents of similar effects.

Cassia cinnamon, but not Ceylon, is a very rich source of coumarin.

Cassia contains approximately 1% coumarin, while Ceylon contains only 0.004%, or 250 times less. This is so low that it’s often undetectable. Exceeding the upper limit for coumarin is easily possible if you are consuming a lot of cassia cinnamon. In many cases, just 1-2 teaspoons could bring someone over the daily limit. Therefore, if you regularly eat a lot of cinnamon or take a supplement that contains it, then it should be Ceylon and not cassia.

Important Differences Between Ceylon and Cassia

Ceylon cinnamon has a sweeter, more delicate flavor than Cassia cinnamon. However, one very important distinction is the presence of coumarin, a natural plant chemical that acts as a blood thinner.

Coumarin is present in much higher concentrations in Cassia than in Ceylon cinnamon, which may be very important if you are taking certain hepatotoxic medications, preparing to undergo a surgical or dental procedure, if you’re considered to be at a high risk of bleeding, have liver damage.

The link between Cassia, Coumarin, and Liver Damage

Though Coumarin is a natural ingredient, it carries a risk for causing liver damage or failure in sensitive individuals, and among those who consume the Cassia cinnamon daily, or in large amounts. Cassia cinnamon has high levels (about 0.4-0.8%) of coumarin, which is why some European countries have banned the Cassia variety.

Why should Make the Switch to Ceylon Cinnamon

For this reason, those who take Cinnamon on a daily basis for health reasons should switch to Ceylon Cinnamon, which only has 0.03-0.04% Coumarin.

In fact, coumarin-free Ceylon cinnamon may actually be beneficial to the liver, according to studies reviewed by “BMC Complementary and Alternative Medicine”, while showing no negative effects to any other organ systems.

Other Benefits of Ceylon Cinnamon

Ceylon cinnamon also contains antioxidant compounds called proanthocyanidins. They are similar to the antioxidant compounds found in green tea and grapes, which have been shown to strengthen capillaries, and offer antioxidant protection against heart disease and cancer. Additional benefits of Ceylon Cinnamon include antimicrobial and anti-parasitic activity, digestive health, and blood pressure reduction. 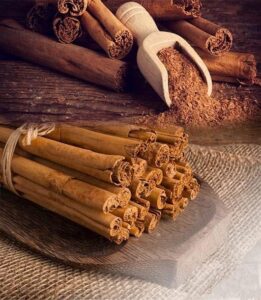 How to Identify Ceylon vs Cassia

Some bottles of powdered cinnamon may not specify which variety of cinnamon it contains. however, Ceylon cinnamon will generally be labeled on the bottle.

If you have unlabeled, whole cinnamon sticks – which are actually the plant bark – the rolled bark of Ceylon cinnamon (left) will be thinner and multilayered compared to the thicker bark of its Cassia cousin (right). 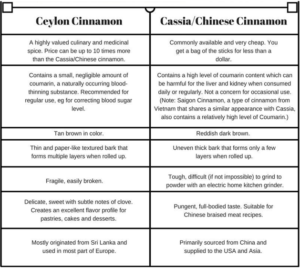 Sri Lanka has received Geographical Indication (GI) certification from the European Union for Ceylon Cinnamon helping it to stand out from substitutes in the trade block.

GI registration can be used to differentiate Sri Lankan Cinnamon from others has in the EU markets. ‘Ceylon Cinnamon’ can also be sold for premium prices.

“GI is beneficial to all stakeholders representing the cinnamon supply chain. Further, special focus can be given on rural development through Ceylon Cinnamon GI certification”, Suresh de Mel, Export Development Board Chairman said in a statement.

EDB expects this certification will help increase exports to EU and sell Ceylon Cinnamon at a higher price in EU markets.

The effort had been supported by – UNIDO, the Delegation of the European Union to Sri Lanka and the World Trade Organization (WTO) and some financial assistance by the Common Fund for Commodities, based in the Netherlands.

EDB had been trying to obtain the status since 2009. To obtain the GI status, an association too had been set up.

The Ceylon Cinnamon Geographical Indication Association (CCGIA) will represent the stakeholders in the cinnamon industry and also play the role of a regulatory body to maintain the specifications stated in the GI document.

Now exporters must register and obtain the membership of the CCGIA to export Ceylon Cinnamon to the EU region under the “Ceylon Cinnamon” name.

Sri Lanka is the world’s largest producer and exporter of cinnamon accounting for 90% of the global market share. Although there are many varieties of cinnamon, Ceylon Cinnamon is pure and considered superior due to its delicate taste and properties that contribute to many health benefits.

Geographical Indication, which protects the name and trademark of a special product identified with a particular region and production practice, will differentiate Ceylon Cinnamon from other cinnamons of lower quality and bring a competitive advantage.

Main Distributed and Marketed in Canada